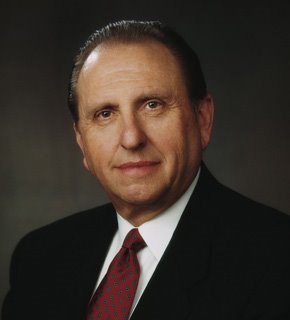 Q. Respectfully, what makes Mr. Monson the modern day living prophet? Is it blood lines? Is he descended from the original prophet? In other words, how was he chosen to be your prophet? Thank you. -Patricia

Thank you for your question, Patricia. This is a very important topic, and I’m glad you asked about it. In any kind of leadership role, leaders ascend to their position through some kind of process. In a monarchy, the title is held by the royal family. Some governments are headed by military commanders, having taken control through force and intimidation, and others enter their reign through buttering up the bourgeoisie, etc. In a democracy, they are elected by a majority-vote of the people.

Democracy works pretty well, so we give it high props in America, but it isn’t perfect, since it often turns into a popularity contest. Instead of being led by the most popular candidate, what if we were led by the best or most qualified individual? Someone who has every citizen’s interest at heart, doesn’t care for the throne, and isn’t worried about re-election. Unfortunately, these people are rarely found in modern politics, and even if they were how would we collectively and reliably identify them?

In the LDS Church, our leader is Jesus Christ. He is active and involved in making decisions and developing policies. He wants what is best for us and we trust Him in this role. We don’t believe He will abuse His power. Ever. This is called “having faith in Christ.” 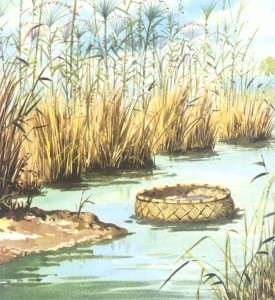 One of the most crucial decisions He makes is whom He should call to lead the Church on earth. Anciently, he called Moses through the spectacular vision of the burning bush. But we know He had been preparing Moses long before then. As an infant, Moses was rescued from Pharaoh’s execution order. Before Moses was even born, we believe he had been foreordained in the pre-mortal realm to become a great prophet to the children of Israel. We believe every prophet was called and foreordained prior to birth (see Jeremiah 1:5).

Joseph Smith was similarly prepared to reinstate the gospel in its fullness in the 1830’s and 40’s. The visions and visitations he received (from age 14 on) were no less remarkable than Moses’ were, and we can be assured of his calling through study and prayer. 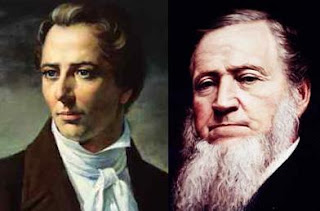 The Holy Ghost will always testify of the truth, and you may learn from Him whom the Lord has chosen as prophet if you will make it a matter of devoted prayer.

After Joseph was martyred, the Quorum of the Twelve Apostles, who all held the requisite priesthood keys, became the governing body of the Church until a new prophet and president of the Church was revealed by God to the Twelve: Brigham Young. This same process is used every time a prophet dies.

Last spring, President Gordon B. Hinckley passed away at the age of 97. He was loved by all, having served as president for nearly 13 years. Upon his death, the First Presidency (i.e. the executive head of the Church comprised of the prophet and two trusted counselors) was dissolved and the Quorum of the Twelve Apostles assumed responsibility. Shortly after the funeral, they all met together in fasting and prayer in the Salt Lake City Temple and after requesting revelation from the Lord, unanimously selected Thomas Spencer Monson to lead the Church as the next prophet. We have faith that this was Christ’s own decision made manifest to the Apostles of the Lord. (For a similar example, see the calling of Matthias in Acts 1:23-26)

We understand that nobody the Lord calls is perfect. President Monson doesn’t know everything and he isn’t error-free in his judgment, but he is among the best we have on earth right now. We look to him as a watchman on a tower. He is a seer. Because of his calling and his close relationship with the Savior (developed over a lifetime of discipleship and preparation), he can see things past, present, and future that are not obvious to us. There is safety in following the prophet, and we hope you will take the opportunity to listen to his wise counsel.