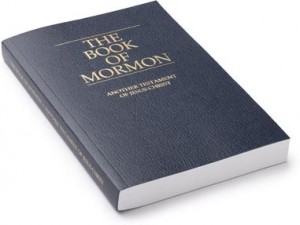 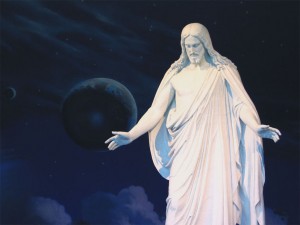 I have been asked to write about Mitt Romney’s presidential bid.

You should know, the LDS Church has a fairly firm political neutrality stance, you can see more about it in this video. And I think our website here does as well.

Yes, a member of the LDS church is running for president. This is seen as a boon for the Church as it has increased awareness of our beliefs and general existence. At times it seems that the media cannot leave Romney’s religion alone, as if it matters more than his policies or goals. Generally we welcome this attention, even though it too often seems that they are missing the mark. I like that mormonnewsroom.com, a church-run site for church news has started a series of blogs titled “Mormonism in the News: Getting It Right” where they highlight mainstream media attention that gets the story straight. It’s a great way to weed through the deluge and get the accurate details.

No, we do not, as members, have to vote for him, agree with him or support him. Though many may choose to do so. Senate Majority Leader Harry Reid (D) and many others probably won’t. The Church does not endorse any political candidates. Nor will the Church organization exert any influence over the politics or policies of Romney.

Yes, Romney is a Mormon, a Christian, and a Politician.

No, this is not the first time that a Mormon has run for President. The Prophet Joseph Smith announced his candidacy for President in 1844 as an independent but was killed in July of that year.

If you do not like Romney, but you still like Mormons, that’s fine, maybe you will like Yeah Samake, the LDS candidate running for president of Mali. 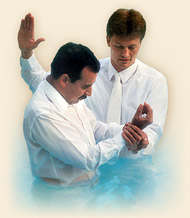 Good question.  The short answer is that we become members by being taught fundamental doctrines and principles and then by being baptized.  However, as part of that, we commit to keeping God’s commandments and taking upon ourselves Christ’s name – meaning we try to live our lives and treat others as Christ would.  Missionaries teach people these fundamental doctrines and commandments, and then ask them to pray and ask God if what they’ve taught is true.  Here are some links to other articles that may be useful too.

How do I become a member of the Church of Jesus Christ of Latter-day Saints?
Fundamentals of the Gospel
How Do You Pray?
Missionaries Knock On Your Door: What to Expect
Repentance Before Baptism
What Do Mormons Believe? – Baptism
What does baptism entail?

Easter Sunday is one of the most hopeful days of the year. We celebrate Christ’s victory over death and His atonement for our sins and weaknesses. Take a moment to watch this video and read this document to know what Mormons believe about Jesus Christ.

The LDS Church just came out with this helpful infographic, Mormons at a glance, check it out. Here is the LDS Newsroom article explaining some of the information.