Believe it or not, there are a lot of people who don’t like us Mormons.

I can understand why.  We aren’t like most break-off sects, based on our peculiar interpretation of scripture.  People are more or less comfortable with these groups.  After all, if Martin Luther said something you don’t agree with, you can rest assured that his foundation is firmly rooted in the Bible.  He might be mistaken on some things, but by and large he agrees with mainline protestantism.  He never claimed to be a prophet.

But Mormons are new and different.  It’s all or nothing.  It can’t be swallowed half-way. 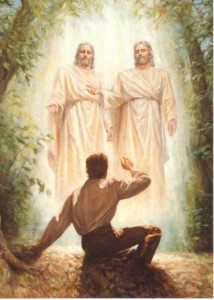 Either Joseph Smith was honest about his first encounter with God or he lied about it.  He was visited frequently by angels or he wasn’t visited at all.  He was a prophet or a hoaxer.  If one is not Mormon and will not be baptized, “Joseph Smith was a fraud” is the stance one is required to take.  The middle ground is removed.

This polarization has energized detractors to produce mountains of criticism to discredit Mormonism, which if seen by itself makes our religion look plain silly, or worse.  The criticisms range from sophomoric name-calling and laughably-inconsistent retelling of our beliefs to historical documentation and intellectual DNA analysis.  Most of this is aimed not at Mormons (these kinds of attacks rarely have the gravitas to significantly shake LDS faith), but primarily at potential investigators of Mormonism.  They are designed to damage the Church’s reputation enough that you’ll dismiss anything we might offer.

The criticism, in turn, has prompted Latter-day Saints for years to rebut the arguments and point out evidences in our favor.  This rebuttal in defense of faith is called apologetics from the Greek apologia, meaning “defense.”

The leading body defending Mormon doctrine from critical arguments is the Foundation for Apologetic Information and Research (FAIR).  It is an independent, non-profit group of Latter-day Saints dedicated to “providing well-documented answers to criticisms of LDS (Mormon) doctrine, belief and practice.”  They have a website and a wiki full of every piece of anti-Mormon material you could ask for and a confident, clear response to each.

A few weeks ago I attended their annual conference in Sandy, UT.  They had speakers from a variety of professional backgrounds.  A lawyer-economist spoke on the failed Kirtland Safety Society, a banking endeavor that Joseph Smith initiated (and according to critics, caused to fail in order to steal parishioners’ money).  A physicist (a former member of the federal government’s — and no, this isn’t a joke — Dark Energy Task Force) gave a lecture on Joseph’s cosmology compared with a modern physics account of the creation of the universe.  There were talks with titles like, “Everything You Always Wanted to Know About Plural Marriage (but were afraid to ask),” “Haplogroup X in Light of Recent Book of Mormon Claims,” and “Joseph the Seer, or Why Joseph Translated with a Rock in His Hat.” I came away impressed with their professionalism and their ability to make the topics accessible, interesting, and relevant. 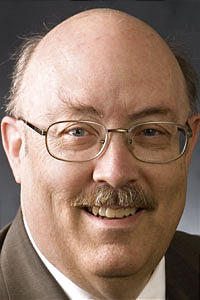 My favorite FAIR contributor is a professor of Islamic Studies and Arabic named Daniel C. Peterson.  I became a fan through watching his FAIR presentations on YouTube.  (Click here to see Dr. Peterson’s review of Christopher Hitchens’ infamous book god is Not Great).

Members of FAIR look into the criticisms in their spare time and on their own dime; the Church doesn’t fund their research.  There are important reasons for that.  One of the key reasons is that Father has a different method for teaching us, which the Church favors.  It doesn’t require advanced degrees or superior reasoning capacity, and the objective isn’t merely knowledge.  The objective is goodness, even Godliness.  He created this whole world as a sort of school.  A proving ground.  What is required is a humble heart and a will to follow Jesus Christ.  Learning how to pray is much more vital to this kind of education than writing a thesis.

So, if you are investigating the Church, and you’ve been bombarded with defamatory information in anti-Mormon pamphlets or movies, first go to God.  You can learn a lot through prayerful revelation.  This should be your first step.  Always.  If it still bothers you, poke around FAIR’s website.  They’ve heard it all.  You may find peace in knowing that when you don’t have all the answers, some smart, faith-filled people have blazed the trail ahead of you.  It certainly helps me.