First: Are there racist Mormons?

Second: Is the LDS Church a racist organization?

Answer: NO. From the Book of Mormon, “[The Lord] inviteth them all to come unto him and partake of his goodness; and he denieth none that come unto him, black and white, bond and free, male and female; and he remembereth the heathen; and all are alike unto God, both Jew and Gentile” (2 Nephi 26:33). 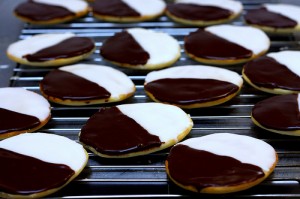 Racism in all its forms is disgusting. It is an evil wholly at odds with the gospel of Jesus Christ and has a pernicious effect on society. Those members of the LDS Church and other faiths that have race-superiority issues (which they often try to base on scripture or statements of church leaders) are in sin.

However, such people in the Church are few and far between. My personal experience in the Church has been a wholly positive one. I have attended church services in Brazil, China, Mongolia, Germany, and in various congregations in the United States and have witnessed firsthand the unity that the gospel of Jesus Christ brings as people of varying ethnicity worship together. Growing up I had a black foster sister. Admittedly, Mikayla was in the minority attending church with my family in the predominantly white state of Utah. Naturally, Mikayla would ask questions about it. But not once in the years I sat beside her in the chapel pews did I witness any form of racism against her. I love that. The Church of Jesus Christ of Latter-day Saints is a multicultural church (more members live outside the U.S. than within) welcoming sons and daughters of God of all ethnicities.

I am willing to admit there are problems. Racism is a resilient poison that people in the U.S. and elsewhere have had difficulty purging. Just because overt acts of racism don’t occur publicly often doesn’t mean it isn’t present beneath the surface. And yet I think the Church is doing well. Plus, we can hardly point a finger at others; are any of us truly free of hurtful prejudice of any sort? Let’s pray we all continue to do better. Do better together. 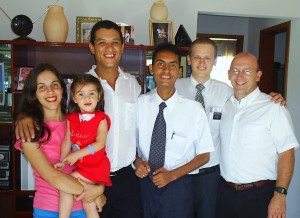 Next topic: Why was priesthood denied to black male members of the church prior to 1978?

Our age of click-and-publish internet ramblings has brought with it a barrage of ill-supported commentaries which force the modern reader to be a skeptic of everything he or she reads. In light of this, I have tried hard to cut through the haze and get an accurate answer to this controversial and sensitive question. The answer I found: there is no satisfactory answer.

What I do know is that a prophet of God received a revelation on Thursday, June 1st, 1978 that enabled all worthy male members of the Church to receive the priesthood. History shows that it was a day of rejoicing. And it wasn’t the first of its kind. It was reminiscent of the New Testament scene where Peter told the new members of the Church that God had revealed to him that the gospel of Christ was now to be preached to the Gentiles. It was a policy change in the church: a policy change God gave (as He often does) without explanation. Acts 11:18 gives their reaction to Peter’s news, “When they heard these things, they held their peace, and glorified God.”

In closing I say to white members of the church: Be careful in how you explain the priesthood ban to yourself and others. Perhaps Alma Allred in his essay “The Traditions of Their Fathers: Myth versus Reality in LDS Scriptural Writings” (found in the book Black and Mormon cited below) was near the truth when he urged white members to, instead of looking for what blacks did to receive the ban, look at themselves to make sure they were not the cause.

And to all members of the Church and other curious truth seekers: if it really bothers you, do the research. Come to your own conclusions. But remember that there aren’t always definitive answers. God moves in mysterious ways. Our Old Testament friend Naaman was confused when he was commanded to go wash in Jordan seven times to be made clean (2 Kings 5:10). God didn’t explain but he had faith and did it anyway. There are plenty of things I don’t understand, yet I can get by with the limited light I have. I do try to learn all that I can-I am not satisfied with ignorance. But I recognize that the ignorance and incomplete understanding that remain with me are mine and not God’s.

This takes you to an official church site touching on the subject.

Lund, John Lewis. The Church and the Negro: A Discussion of Mormons, Negroes and the Priesthood. Salt Lake City: Paramount Publishers, 1967.