Q. Can Mormons get divorced?

The simple answer to the question is yes, but this is no place for a simple answer.  Let’s expand the question to:  “What is the religion’s stand on divorce?”  The answer in this case is:  The church wishes couples would work through their problems and stay married, but accepts the fact that divorce happens. 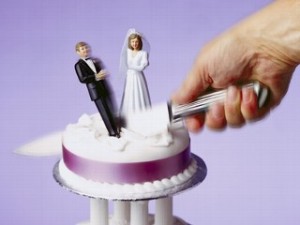 Marriage is a multi-level arrangement. In our current society it is a symbol of true love, the establishment of a new household, a legal partnership, and an economic contractual relationship. In other cultures a marriage may be the combining of two families households, or the woman may be nominally sold into the keeping of her husband and his family. Due to the uneven or unequal potential in the marriage relationship, religions and social customs have attempted to modify the power of the husband over the wife.  For example:

” Under Jewish law a man can divorce a woman for any reason or for no reason. The Talmud specifically states that a man can divorce a woman because she spoiled his dinner or simply because he finds another woman more attractive, the woman’s consent to the divorce is not required…This does not mean that Judaism takes divorce lightly. Many aspects of Jewish law discourage divorce… According to the Torah, divorce is accomplished simply by writing a bill of divorce, handing it to the wife, and sending her away. To prevent husbands from divorcing their wives recklessly or without proper consideration, the rabbis created complex rules regarding the process of writing the document, delivery, and acceptance. A competent rabbinical authority should be consulted for any divorce” (Judaism 101: Divorce).

When Jesus was being tempted by the Pharisees (Matthew 19), they asked him if it was lawful for a man to put away his wife for every cause. He answered with two important statements; in verse 4 he replies, “Have ye not read, that he which made them at the beginning made them male and female.” And then in verse 8, “He saith unto them, Moses because of the hardness of your hearts suffered you to put away your wives: but from the beginning it was not so.” [“Putting away” was another term for giving the wife a writing of divorcement.]
From his reply one could get the insight that God didn’t make one sex to rule over the other, he made them both, male and female and that what Jesus was hinting at was that equal regard should be given to both. From the second comment we can see that the cultural beliefs were pretty deeply embedded among the Jews and they probably weren’t ready for the introduction of a doctrine of equality of the sexes.

In our enlightened culture we have legally, at least, attempted to deal with both sexes equally. In the last 100 years laws have changed in most countries to allow marriages to be dissolved, the immediate result is generally a rapid increase in divorce as people free themselves from relationships that were not acceptable to one or both partners. Currently in America 50% of all marriages end in divorce. In a talk by Elder Dallin H. Oaks, he tells of the sorry situation in the Philippines:

“When a marriage is dead and beyond hope of resuscitation, it is needful to have a means to end it. I saw examples of this in the Philippines. Two days after their temple marriage, a husband deserted his young wife and has not been heard from for over 10 years. A married woman fled and obtained a divorce in another country, but her husband, who remained behind, is still married in the eyes of the Philippine law. Since there is no provision for divorce in that country, these innocent victims of desertion have no way to end their married status and go forward with their lives” (Divorce, Dallin H. Oaks)

A cornerstone in Mormon doctrine is the concept of the free agency of the individual. If the church were to make a hard and fast rule or policy condemning divorce then members of the church would be in similar circumstances as people in the Philippines. They wouldn’t be able to remain members in good standing while attempting to deal with life’s problems that a bad marriage might present. The church has increasingly spoken out on the issue of divorce. Elder Oaks continues:

“I have felt impressed to speak about divorce. This is a sensitive subject because it evokes such strong emotions from persons it has touched in different ways. Some see themselves or their loved ones as the victims of divorce. Others see themselves as its beneficiaries. Some see divorce as evidence of failure. Others consider it an essential escape hatch from marriage. In one way or another, divorce touches most families in the Church. Whatever your perspective, please listen as I try to speak plainly about the effects of divorce on the eternal family relationships we seek under the gospel plan. I speak out of concern, but with hope.”

Many other leaders have spoken on the subject, for further material please go to LDS.org and search under “divorce”. A general attitude of the church leaders is that two rational people should be able to work through problems if they pray for guidance, are humble, and are willing to work hard to preserve their marriage.  As Elder Oaks says, “A good marriage does not require a perfect man or a perfect woman.  It only requires a man and a woman committed to strive together toward perfection.”  However it is not advocated that a person should stay in a marriage that is abusive or dangerous. Since the church has emphasized family so much in the last half century there is a feeling that divorced people are somehow failures and don’t fit the mold.  In the past decade there has been a greater effort toward greater inclusion and acceptance of people who are divorced. 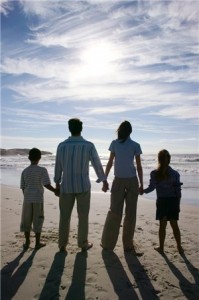 Temple marriage adds yet another level in the complex relationship of a marriage.  It secures for the married partners certain blessings and expectations, including the promise that the marriage will last beyond the grave.  Marital fidelity is stressed and expected. Sadly, some of these marriages end up in divorce as well.  Individuals that have gotten a civil divorce can also apply for a temple cancelation of their marriage.  For anyone in that situation your local bishop can provide you with more information.  For those not in that situation, don’t worry about it, just live up to the covenants made, whether civil or religious.  Give 100% to improving the marriage, treat your partner with respect and love, and you will grow as an individual as well as a couple in the greatest adventure you’ll ever embark on.