I had a conversation recently with a fellow student at Chico State who is a Seventh Day Adventist. He wanted to know why it is that the LDS church (and many others) observe Sunday, the first day of the week, as the Sabbath instead of Saturday, the seventh day.

My first thought was that the ‘when’ of the Sabbath is not nearly as important as the ‘why’. We celebrate Christ, both my Seventh Day Adventist classmate and I, we just do so on different days.

In our conversation we discovered many similarities in our beliefs, we both agreed that God created the Earth in six days and rested on the seventh. (Genesis 2:2-3) And we were both well aware of the 4th of the ten commandments which refers to Sabbath Day observance, saying, “Remember the Sabbath Day, to keep it holy . . . wherefore the Lord blessed the Sabbath day, and hallowed it” (Exodus 20:8-11)

As members of the Church of Jesus Christ of Latter-day Saints, we rest from our regular, daily labors one day a week. We gather together to take the sacrament and learn the teachings of Christ from the scriptures and modern prophets. We follow the example of the early disciples and commemorate Christ’s victory over sin and death every Sunday.

Q. Is it true Mormons believe Jesus went to Salt Lake City after his resurrection?

We don’t have any records indicating that Jesus visited Salt Lake City just after His resurrection (or Salt Lake valley, since there was no city at the time).

The records we have (the New Testament) indicate that He was born in Bethlehem, just outside of Jerusalem. He grew up in Nazareth and preached mainly in Galilee, and also in other regions of Palestine. He was killed by crucifixion just outside Jerusalem, and was resurrected (came back to life) after three days. He spent at least 40 days with His followers before He ascended to heaven. While He was with them, He told them He had “other sheep,” or other followers, of a different fold He needed to visit (see John 10:16).

In another record (the Book of Mormon) we learn that Jesus visited a group of immigrant Israelites who had been led by God to the American continent hundreds of years earlier. He descended from heaven and appeared to these people at the temple in the city of Bountiful (see 3 Nephi 11). Many scholars on Book of Mormon geography believe Bountiful was in what we now call the Mexican state of Tabasco with its myriad ruined temples.

When Jesus visited these people in Bountiful He told them there were yet more sheep He would go to (3 Nephi 16:1). After He departed, we presume He visited them, but we don’t have any records of it.

Read this for more on the topic: Traveling Jesus

“Death is not the end. Death is really a beginning—another step forward in Heavenly Father’s plan for His children. Someday, like everyone else, your physical body will die. But your spirit does not die, it goes to the spirit world, where you will continue to learn and progress and may be with loved ones who have passed on.

Death is a necessary step in your progression, just as your birth was. Sometime after your death, your spirit and your body will be reunited—never to be separated again. This is called resurrection, and it was made possible by the death and Resurrection of Jesus Christ (see 1 Corinthians 15:20-22).”

Q. Do Mormons believe in being organ donors? When we die the spirit leaves and the body is left behind. Must you have a body to continue on your journey or can you donate parts to help someone left on earth?

Great question–I’ve been wondering the same thing since I’ve been reading “Stiff–the Curious Lives of Human Cadavers” for book club this month (we have a kind of quirky book club). The answer is: Yes. Mormons can be organ donors. 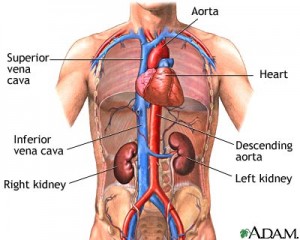 The best advice I’ve found on the subject comes from Cecil O. Samuelson, who is the President of BYU, a general authority of the church, and a doctor. He stated:

As is the case with many other scientific developments, there are many questions about organ transplantation that have serious economic, ethical, moral, and religious implications. And, as with many other important aspects of life, we have been counseled to study the information, make decisions, and pray for wisdom about our choices. (See D&C 9:7–9; D&C 58:26–28.)

The Church has taken no official position on organ transplants. It seems obvious, however, that organ transplantation does not affect one’s resurrection, since the organ would soon have returned to the basic elements of the earth following death anyway. Whatever happens to an organ following death, we are promised that “every limb and joint shall be restored to its body, yea, even a hair of the head shall not be lost.” (Alma 40:23.)

Since our bodies decompose back into the elements from which they were made in a matter of a few weeks or months (depending upon your burial method–read “Stiff” for lots more information about that), we don’t resurrect from an intact body–rather, we resurrect from the elements that created us, as they gather back together in a perfected form. So whether a person is missing a heart, kidney, liver or lung–everything will be returned and restored to him or her at the time of the resurrection.

So do good with your organs! Spread life around!

This is Elder Samuelson’s entire article on organ donation (just scroll down to the second heading), and this article talks about cremation.