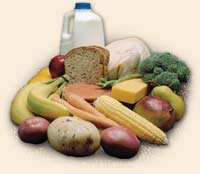 If you’re not familiar with the faith, it can be awkward knowing what your Mormon friends can and can’t do. For instance, is there anything you shouldn’t serve them at a dinner? What can they do on Sundays? If you’re looking into joining the church, what lifestyle will you be expected to live?

Most commandments of the church coincide with basic laws of goodness that are common to all churches: don’t kill, don’t steal, don’t lie, don’t do drugs, don’t split infinitives, etc. So I’ll just discuss some major commandments which may be different from other churches, starting with the Word of Wisdom:

Mormons don’t use alcohol, tobacco, coffee, or tea. This is definitely the one people most want to know about. It comes from a much more general law of health given by the Lord to Joseph Smith in 1833. The entire revelation can be found here. We call it the Word of Wisdom because it was given as “a word of wisdom…for the benefit of the saints in zion.” In addition to some guidelines on eating healthy, it says that strong drinks (alcohol) and tobacco are not for the body, and neither are “hot drinks,” which was later clarified to mean just coffee and tea. (And by “tea” I mean green or black tea.)

So after I tell people about the Word of Wisdom, almost everyone follows up with the question: “Why?” Everyone knows that smoking will give you cancer. But isn’t a little bit of alcohol okay, even beneficial? And what’s so bad about coffee and tea?

There are 7.3 million studies and 2.02 trillion opinions about “what’s so bad about alcohol/coffee/tea.” Most people want some scientific proof of exactly which compound does exactly what, but honestly, it all just boils down to faith. The Lord doesn’t often provide a clear why with His commandments. If you believe the Lord said it, then you’ll just have to trust Him. Frankly, He would know. In 1833, when this revelation was given, everyone smoked and chewed tobacco, and there was absolutely no evidence that anything was bad about that. People living the Word of Wisdom just had to take it on faith for 150 years, and lucky for the ones that did. No doubt one day we will know why, but until then it’s just a desire to do what the Lord wants.

And the Lord promises all kinds of great things for living the Word of Wisdom. Things like “health in their navel and marrow in their bones” (an interesting way to put it) and “wisdom and great treasures of knowledge.” And look, it works! According to studies by Dr. Enstrom of UCLA, active Mormons live 8 to 11 years longer than the national average, with about half the mortality rate from cancer and heart disease.

It’s also important to note that health is not the only reason the revelation was given. It was given “In consequence of evils and designs which do and will exist in the hearts of conspiring men in the last days…” In that sense, it’s a warning against addiction. There are plenty of drug traffickers and companies that make a lot of money by creating and preying upon the addictions of others.

Can Mormons drink caffeine? I thought you’d never ask! There is actually no commandment or prohibition against drinking Coke, Pepsi, or any other caffeinated soft drink. However, there are quite a lot of Mormons who don’t, just out of a personal conviction. Many consider any addictive substance like caffeine to be implicitly against the Word of Wisdom. Among my devout Mormon friends, there is a pretty big range, from people who have never had a Coke to people who can’t live without Dr. Pepper. So it’s something to be aware of.