I had a conversation recently with a fellow student at Chico State who is a Seventh Day Adventist. He wanted to know why it is that the LDS church (and many others) observe Sunday, the first day of the week, as the Sabbath instead of Saturday, the seventh day.

My first thought was that the ‘when’ of the Sabbath is not nearly as important as the ‘why’. We celebrate Christ, both my Seventh Day Adventist classmate and I, we just do so on different days.

In our conversation we discovered many similarities in our beliefs, we both agreed that God created the Earth in six days and rested on the seventh. (Genesis 2:2-3) And we were both well aware of the 4th of the ten commandments which refers to Sabbath Day observance, saying, “Remember the Sabbath Day, to keep it holy . . . wherefore the Lord blessed the Sabbath day, and hallowed it” (Exodus 20:8-11)

As members of the Church of Jesus Christ of Latter-day Saints, we rest from our regular, daily labors one day a week. We gather together to take the sacrament and learn the teachings of Christ from the scriptures and modern prophets. We follow the example of the early disciples and commemorate Christ’s victory over sin and death every Sunday.

Q. The origins of God 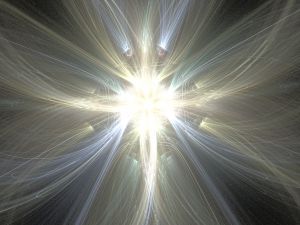 Wow that’s a big topic; perhaps too big for us mortals to deal with. The creation stories of many cultures begin with the gods already in place. The Jewish/Christian story is one such example Geneses 1:1 “In the beginning God created the heaven and the earth.” The Greeks with their highly developed mythology explored the question of where their gods originated; Edith Hamilton in her book Mythology begins by stating: “The Greeks did not believe that the gods created the universe. It was the other way about: the universe created the gods. Before there were gods heaven and earth had been formed. They were the first parents. The Titans were their children, and the gods were their grandchildren. Yet that still leaves the mystery of how the heaven and earth were formed and who might have had a hand in that process.

Every good story needs a beginning. A puzzle I used to present to my high school history students was: “What should the starting date of United State’s History be?” I would get dates  as recent as 1776 and as old as 30,000 BC. Another thing to consider is that for a story to make sense we have to be able to understand it. So the story in the scriptures begins with God in place and creating the world, and there isn’t much detail about the physics of the whole exercise.

Mormons believe in prophets and continuing revelation. From my study it appears that every age or so one of the main prophets gets the “Big Revelation”. They get to take a glimpse of the whole story and sometimes it can help us gain a better understanding of the eternal perspective. One of these revelations was given to Moses and is recorded in the Book of Moses found in the Pearl of Great Price. Allow me to capture the essence of the conversation as it was later revealed to Joseph Smith which is in Chapter 1.

God introduces himself to Moses and tells him that he is eternal and that his works and his words are endless and that no man can behold all his works or his glory and remain in the flesh. The Lord did however show Moses this world and all the children of men which were created. After a brief interlude the vision is again opened up to Moses and Moses begins to question how all these things could be. God then gives him the short answer to the question saying that all these things were created “by the word of my power, which is his Only Begotten Son.” He then says that, “worlds without number have I created; and I also created them for mine own purpose”. Essentially telling Moses that the vision of the earth on which we dwell is all he’s going to go into and that the bigger picture is just too much for Moses to comprehend.

So for our purposes all we need to consider is that God the Father exists and is eternal, that he has created the earth and the people of the earth through the power of the Son. We also know why He did it: “For behold, this is my work and my glory—to bring to pass the immortality and eternal life of man” (Moses 1:39). Of course our curious minds want to know more details and some hints are available both in the scriptures and through modern revelation, but it isn’t terribly important to our salvation, which we probably should be more focused on. We are asked to live by faith, which means trusting God before we have all the details.

So that is what Mormons believe…

…as for what they speculate: that belongs on a different website.