The angel Gabriel came to Mary and announced the birth of Christ,

“The angel said unto her, Fear not, Mary: for thou hast found favour with God.

And, behold, thou shalt conceive in thy womb, and bring forth a son, and shalt call his name Jesus.

He shall be great, and shall be called the Son of the Highest: and the Lord God shall give unto him the throne of his father David:

And he shall reign over the house of Jacob for ever; and of his kingdom there shall be no end” (Luke 1:30–33).

Jesus Christ had a humble birth in stable in Bethlehem.   When He was born he inherited mortality from his mother, and power over death from his Father.  He became the only begotten Son of God in the flesh.

When he was thirty years old, he began his ministry.  He taught the gospel and preformed many miracles as noted in the New Testament.  He was a great teacher and loved the people.  The most important thing that he did during his mortal life was near the end of it at the garden of Gethsemane.  It was here where he Atoned for the sins of all mankind.  He suffered in Gethsemane for all the sins of the world.  Shortly after this, he was seized and taken to Pontius Pilate to be crucified on Calvary.

He was perfect and sinless.  All these sins he suffered for were not His, but mine and yours; all of humanity’s sins.   He was the only one who could have paid the price, to meet the demands of justice and become our Savior and Redeemer.  Without Him, we would be lost and hopeless.  Christ said,

On the third day after His death, Jesus Christ was resurrected.  He showed His physical body to Mary and to His disciples. They were able to feel the nail prints in his hands and feet and knew it was the Lord.   Jesus Christ had conquered death and made it possible that everyone can and will be resurrected again. (Alma 11:42-44)

I know that Jesus is the Christ.  He is our hope and our salvation.  He knows you and I personally, the things that we have gone through, the mistakes that we have made.  He paid the price for us, and I’m sure he thought of you and I during his suffering, knowing that he could save us.  He did this because of the love that he has for us.  I am eternally grateful for Him, his life, his atonement, his death and resurrection.

Happy Father’s Day today!    It is important to realize and recognize that we are Children of our Heavenly Father.  God is not only our Creator and our Ruler, but he is our Father in Heaven.  He is the Father of our spirits.  All men and women are literally the sons and daughters of God.   And we, every person on earth, all who were born before now and all who will be born, are our spiritual brothers and sisters.  Because we are the spirit children of God, we have inherited the potential to develop His divine qualities.  God wants us to be happy and to have joy.  He has created a way that through Jesus Christ, that we can be resurrected and live happily with God again.

Seven years ago I wrote a post on Father’s Day, you can read it in its fullness here:

I want to quote myself from that article.  Speaking of watching my children,

“As I watch my two toddlers, I often think about our Heavenly Father watching over us.  I think of the love that He has for us.  When my son works on a puzzle, gets stuck and asks for help, I’m willing to help him out with it.  I also think about God being eager to help us if we come to him with our problems.  The scripture in Matthew 7:9-11 fits well:

I know that there are so many times when we struggle, that we can pray and ask God for help and he will help us.  He will answer our prayers.   The way he answers isn’t always the way we expect or hope.  He may not remove the trials and challenges that we are facing, but will give us the strength and ability to work our way through them.  When we pray for assistance, he will help us in the way which will best help and benefit us to grow and to learn.  Our Heavenly Father truly does love and care for us.

So when you call and talk to your Dad this evening on the phone, don’t forget to call upon your Heavenly Father too.

We believe that there is a God.  God is our loving Heavenly Father who knows us personally.  We are all his children.  He cares about us and knows the struggles that we go through.    God is perfect, all righteous and all knowing.  He is full of love, mercy, charity, truth, power and knowledge.   All good things come from God and everything he does is to help us, His children, to become like him.  He says, “Behold, this is my work and my glory – to bring to pass the immortality and eternal life of man.” (Moses 1:39)

As we do these things, we will come to know God and become closer to Him. 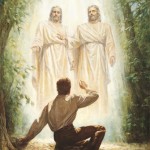 In 1820 when Joseph Smith was visited by God the Father, and Jesus Christ, a young boy became God’s prophet.  He became a prophet like Moses, Abraham, Enoch, or Noah.  His purpose was the same–to teach all of God’s children about the reality of Christ and Christ’s mission, that the fullness of the Gospel of Jesus Christ was once again upon the earth, and that the coming of Christ was close at hand.

Prior to Joseph Smith there had not been a prophet on the earth since the martyrdom of Christ’s apostles.  As such people had departed from God’s truth.  When God does not have a mouthpiece to speak to his children, God’s children are left to their own understanding and invariably they get off track.  This pattern is repeated in the Bible–God calls a prophet, that prophet teaches God’s words, the people believe, then they stop believing, then the people fall into error and depart from God’s ways.

One might ask, “Who needs a prophet? We have the Bible, and it is sufficient!”  The Bible is the word of God, but it was God’s word to people in a different time and place.  It is absolutely still relevant today, but Moses didn’t know what a movie was, or computers. Pornography wasn’t available on every screen, and if you slept with someone you weren’t married to, you just might have rocks thrown at you until you died.  Nor did the children of Israel, or the Jews of Christ’s time have to deal with the social issues that beset us today.  Hence the need for a prophet.  He is a beacon of light in an ever darkening world. 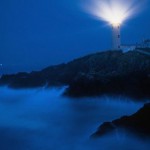 Many people accept Moses as a prophet, because they can read about him and think of him as if he was something out there, some force for good and “Of course, I would have followed him out of Egypt.  He was God’s prophet!”  However, you must ask yourself a question, would you? Really?  Would you really leave all of your possessions just because he said it was time to leave Egypt?  Or how about when he said you should look at his serpent on a stick and it would heal you? Isn’t that kind of crazy? Plus “what does he know? My friends say there is no way that looking at a snake can heal you.”  Or how about Abraham?  Would you leave your favorite city–the place where your home and work was?  You would surely miss all that the big city had to offer, all of the nice restaurants, and shopping, and entertainment.  What about Christ?  Would you believe in Him, the son of your next door neighbor who is now quite possibly homeless?  The list could go on forever.  It is easy to watch a re-run of a football game and say exactly what you would do as a lazy-chair quarterback, but what if you were in the game and didn’t have a coach on the sideline, would you know what to do? 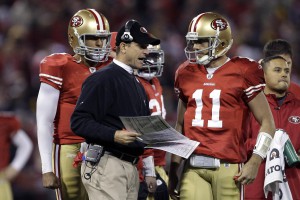 There is a prophet on earth today, Thomas S. Monson is his name.  He stands at the head of Christ’s church and together with his counselors, and 12 other men who are Christ’s apostles, he speaks to all of God’s children and lets us know what is true and what is right. He is the coach on the sidelines and he can see what the other’s team playbook is, but we still have to listen to him to know what plays to run.  If you will listen to him, you will be guided back to live with God, just the way that Moses and then Joshua, lead the children of Israel back to the promised land. 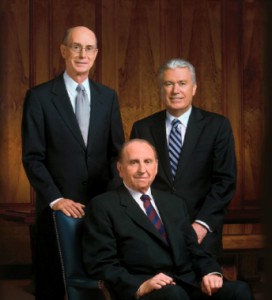 Q: My mother is a Mormon, I am not.  I have been asked to get things in order.  I would like her religion to do the funeral.  Who do I see?

Great question.  The bishop (ecclesiastical leader) of the local ward (congregation) can help you.  You can find who the bishop of your mother’s ward is by going to this link, https://www.lds.org/locations?lang=eng  Click on the “find a meetinghouse” link.  From there you can input your mother’s home address and it will list which ward your mother’s address is in as well as the bishop of her ward.  Contact this man.

While you are on this website, feel free to look around.  You may find some things that you find comforting.  We appreciate your interest.  Our condolences to you and your family.