Question: Can a Mormon marry a Christian? 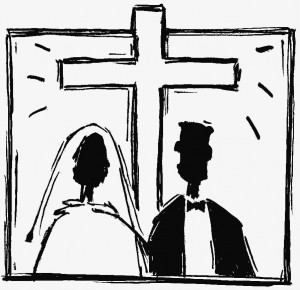 Long answer: First of all, Mormons are Christians, but I’ll respond to the question: can a Mormon marry a non-Mormon?. The answer is yes, but that’s not the whole story. Mormons can marry whomever they please in a legally-binding ceremony, and it will be recognized by the church as as valid marriage. But Mormons also have a ceremony unique to Mormonism called a “sealing”, where a Mormon couple can be married “for time and all eternity” (no “till death do you part” involved). These ceremonies are performed in temples, and like all temple ceremonies are only available to active Mormons. Being sealed is a very important thing in our religion, so interfaith marriages are usually the exception rather than the rule.

More on the subject of Mormons and marriage:
I’m in love with a Mormon: what now?

Can Mormons get divorced?