Q. If God had two separate revelations to America and Israel, why did he leave out the complicated afterlife progression in the middle eastern revelation and then give them to Joseph Smith?

Good question. I assume that you are inquiring about how we, as members of The Church of Jesus Christ of Latter-day Saints, believe that there are “three kingdoms of glory” in the afterlife, not simply the heaven and hell concept that the rest of the Christian world teaches.

It is apparent that we don’t have all of the teachings of all the prophets of Biblical times. The Bible is a compilation of assorted writings of various prophets; it is not a complete book. Here are some references made by some of the authors to other epistles/books of scripture that we simply do not have today—they are lost books of scripture (Num. 21: 14, Josh. 10: 13, 1 Chr. 29: 29, 2 Chr. 9: 29, 2 Chr. 12: 15; 2 Chr. 13: 22, 2 Chr. 20: 34, 2 Chr. 33: 19, 1 Cor. 5: 9, Col. 4: 16, Jude 1: 14 ). If we know that manuscripts have been lost, isn’t it safe to assume that teachings and doctrines have also been lost? That is a logical conclusion and a safe conclusion.  The Bible does not contain a complete record of what has been taught by Biblical prophets. This is where the restoration of the Gospel of Jesus Christ through Joseph Smith comes in—through Joseph Smith, God restored doctrines and truths that had been lost in previous eras. This is a beautiful concept. I love that God follows this same pattern over and over through history.   When people fall away from His gospel and truths are lost, He calls a prophet just as He always has and restores the fullness of the Gospel through that prophet. 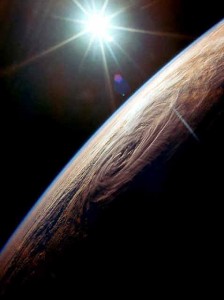 So, while we don’t have as full of an account of the afterlife progression from the Biblical prophets as we do from Joseph Smith there is still evidence that it has been taught the way Joseph Smith revealed it from at least the time of Paul and the early Church leaders.

Thanks for your inquiry.