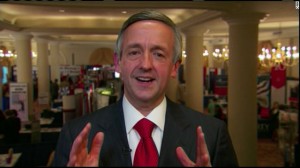 You might have heard that the Reverend Robert Jeffress called Mormonism a cult a couple weekends ago. It’s nothing new to us Mormons: people have been calling us cultists for generations. It’s only news because someone connected to a presidential campaign said it, giving journalists the perfect excuse to write headlines combining the words “religion” and “politics.”

With accusations of bigotry flying in from all directions, the pastor has stood by his statement and made the clarification that Mormonism is a “theological cult,” which has a different denotation than a “sociological cult” akin to the small, controlling groups led by the likes of David Koresh and Jim Jones. The way that Jeffress describes it, a “theological cult” is a religious group that deviates from traditional Christianity significantly enough that it should be excluded from the realm of Christianity.

Now, the Church of Jesus Christ of Latter-day Saints does deviate from traditional Christianity in some ways, so there may be some value in his assessment; it’s a question worth exploring through further research and education. My main objection to the term “cult” is its connotation: it conjures up images of brain-washing, living in barbed-wire compounds, restricting access to the outside world. Rather than opening the question, it closes the door on it. The intent of the word is to tell everyone, “DANGER! Don’t go near these loons!”

So, there’s a problem with the word “cult” itself: it’s pejorative. Rev. Jeffress’ relatively neutral definition is automatically charged by the fierce emotional context surrounding the word, and the message of that emotion is “REJECT MORMONS!” As Mormons, we feel that message unfairly replaces education with anti-Mormon propaganda. 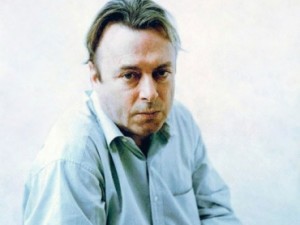 This tactic is relatively commonplace in the public square. The well-known atheist, Christopher Hitchens recently summed up my religion as one led by “a supreme leader, known as the prophet [who can order Mormons] to turn upon and shun any members who show any signs of backsliding […] Word is that the church can be harder to leave than it was to join. Hefty donations and tithes are apparently appreciated from the membership.”

If Jeffress or Hitchens were my first introduction to Mormonism, I’d probably call the LDS church worse names than “cult.” Fortunately, I (as a Mormon) know more about my religion than these two combined.

While each of these descriptions is based on a small kernel of truth (we do have some theological differences with traditional Christianity and we do indeed have a prophet and we pay our tithing, etc.), they mislead you (we believe in the grace of Jesus Christ, we actively reach out to “backsliding” members, and we allow members to resign their membership freely). Without the necessary context it’s impossible to understand some issues the way Mormons understand them. If your goal is to feed your hatred for the Church of Jesus Christ of Latter-day Saints then stop right here. Just go find some anti-Mormon screeds and don’t be surprised when you develop strong feelings of disdain and disgust for us lunatic Mormons.

If you want to understand Mormonism, though, here are the main things a Mormon will focus on when introducing the Church:

I’m not sure why these don’t get the press’s attention as much, but they are the foundational principles of the Mormon religion (and my life). Start with these to better understand the frequent accusations and misleading descriptions that are thrown our way.

To get a true education on our religion, contact a Mormon friend or acquaintance; you can ask them your questions directly. We are always itching to tell our story to people who want to learn, especially if the focus is on the central themes I listed here. If you don’t know any Mormons, send me an email. I’ll gladly volunteer to be your first latter-day saint friend.