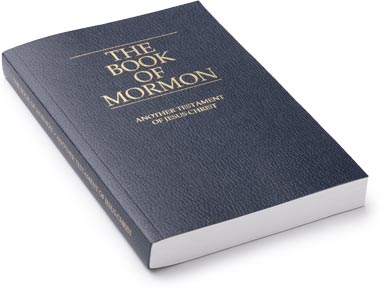 “[The Book of Mormon] is a record of God’s dealings with the ancient inhabitants of the Americas
and contains, as does the Bible, the fulness of the everlasting gospel.” (Introduction to the Book of Mormon)

The purpose of the Book of Mormon is two-fold:

2) It provides spiritual evidence of the truthfulness of the Church of Jesus Christ of Latter-day Saints.  The Introduction to the Book of Mormon ends with an invitation and a promise: “We invite all men everywhere to read the Book of Mormon, to ponder in their hearts the message it contains, and then to ask God, the Eternal Father, in the name of Christ if the book is true (Moroni 10:3-5)…Those who gain this divine witness from the Holy Spirit will also come to know by the same power that Jesus Christ is the Savior of the world, that Joseph Smith is his revelator and prophet in the last days, and that The Church of Jesus Christ of Latter-day Saints is the Lord’s kingdom once again established on the earth, preparatory to the second coming of the Messiah.”