The second commandment or standard that I want to discuss is the law of chastity. Aside from the Word of Wisdom (a few posts down), I think this is the commandment that people outside of the church have asked me about most often. 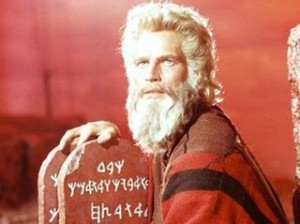 The basic reason, as with any commandment, is that God has said not to.  Repeatedly.  “Thou shalt not commit adultery” was one of the ten commandments (Ex 20:24). The apostle James commanded the early church to “abstain from fornication” (Acts 15:20).  Through Joseph Smith, the Lord gave the commandment “Thou shalt love thy wife with all thy heart, and shalt cleave unto her and none else.” (D&C 42:24).  The commandment is everywhere, more prevalent than the commandment not to lie or not to steal.  So how does everyone write it off so easily?
First of all, I think people have this idea that that particular commandment is outdated. Like sure, back in the old days it was wrong to have premarital sex.  But look, times have changed.  It used to be taboo and practiced in secret, now it’s flaunted everywhere and practiced by everyone.  Our society is “enlightened” and “liberated” and obeying that commandment is just not cool.  I think even most devoutly religious people feel like they need an explanation for why the Lord would command something like that. Which brings me to the question I want to address:

Why would the Lord command something like that? That’s a good question. The commandment against fornication is different from a lot of other major commandments in that sex isn’t an inherently evil thing (unlike killing or stealing, for instance). It’s good. It’s natural. We have powerful, inherent desires that make us want to. Those desires are usually accompanied by good feelings of love and companionship towards someone else. So why would God make us this way, and then command us to hold that back? Also, there are few immediate physical consequences to anyone, so it’s easy to say “hey, no one gets hurt. What’s so bad about it?”

This is an issue I feel pretty strongly about, because it’s a question that I think a lot of counselors and youth leaders of all faiths kind of scoot around. Pamphlets and lessons are filled with horrifying facts about AIDS and gonorrhea and lives ruined by unwanted pregnancies or abortions. While these things are definitely terrible side effects, they’re honestly not the reason. They can’t be! Even if you could ensure that you would never get an STD or an unwanted pregnancy, it still wouldn’t be okay.

This is where I think Mormonism has something to offer the world. For starters, I think we live it more strictly: in a recent study, only about 3-4% of unmarried students at Brigham Young University reported having ever had sexual intercourse (BYU Studies vol 46 no. 3), compared to the 20-35% reported from a study of two evangelical schools with similar moral standards. Both are way below the national average of around 70-80%, but I think the difference is worth noting. What is the difference? Having lived around a lot of devout evangelicals and devout Mormons, I’m going to say it’s not the level of “devoutness”. I think it’s a different understanding of why the Lord commands us not to, which is unique to Mormon theology.
Most of what I’m about to say comes from a talk given by an Apostle, Elder Jeffrey R. Holland, entitled “Of Souls, Symbols, and Sacraments,” which can be found here. I suggest that you read it, because it’s a million times better than this post. It was given by a man who is set apart to be a spokesman for the Lord, and it’s one of the only such talks dealing with the doctrine surrounding sexual intimacy. 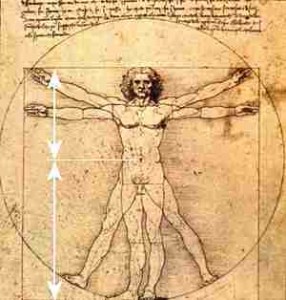 The body is sacred. Part of the reason sexual sin is so bad, is that we consider the body to be a part of the eternal soul. This was revealed to Joseph Smith in what is now D&C section 88: “The spirit and the body are the soul of man.” It may not sound like much, but it’s actually pretty earth shattering. Think about it.  The reasons I gather most people consider premarital sex bad (if anyone still does) comes from these old beliefs that the body is base and evil, while the spirit is high and noble. Physical desires are to be brutally subdued and mastered. Physical gratification is somehow bad. Celibacy is the high road. Taken to the extreme, people start whipping themselves or sit on poles for 37 years, trying to reach spiritual heights by degrading the physical body.

“Know ye not that your body is the temple of the Holy Ghost which is in you, which ye have of God, and ye are not your own? For ye are bought with a price: therefore glorify God in your body, and in your spirit, which are God’s” (1 Cor 6).

It’s my body, right? Isn’t it my own business? Paul responds with a resounding no. Ye are not your own, for ye are bought with a price. The Savior has bought us–redeemed us with his blood, and that gives Him every right to command us when and how to use it. Our souls are his:  spirit and body both.

Total union. Sexual intimacy is one of the highest and most sacred forms of union between a man and a woman. It’s the symbol of the union of “their hearts, their hopes, their lives, their family, their future, their everything.” I can’t say it better than Elder Holland:

“But such a total, virtually unbreakable union, such an unyielding commitment between a man and a woman, can only come with the proximity and permanence afforded in a marriage covenant, with the union of all that they possess–their very hearts and minds, all their days and all their dreams. They work together, they cry together, they enjoy Brahms and Beethoven and breakfast together, they sacrifice and save and live together for all the abundance that such a totally intimate life provides such a couple. And the external symbol of that union, the physical manifestation of what is a far deeper spiritual and metaphysical bonding, is the physical blending that is part of–indeed, a most beautiful and gratifying expression of–that larger, more complete union of eternal purpose and promise” (Holland, Of Souls, Symbols, and Sacraments).

The Lord wants us to save that most precious and committed of physical unions for the only relationship committed enough to supply the corresponding spiritual and emotional bond: marriage. To those who ask “what about in a serious, committed relationship?” the answer is, “Absolutely.  And that relationship is marriage.” Really, the only reason I can think of not to get married is because you’re really not that committed. You’re not absolutely positive you want to be with that person forever, so you don’t want to take that final permanent step (which is fine; don’t rush it). But sex is a symbol of total commitment, and it’s not total commitment without marriage.
A good part of our society firmly believes that a couple needs to live together to “get used to each other,” or to see if they’re truly compatible.  Sorry, but that’s the opposite of commitment. And even though it sounds really reasonable, it doesn’t work, practically or spiritually. It’s well documented that cohabitation before marriage is correlated with significantly higher divorce rates (about twice as high in the above-linked study). You just need total commitment.

A sacred act. A third reason, and probably the most important of the three, is that sexual intimacy is not only a symbol of union, it’s a sacred act in and of itself. Again, I’ll defer to Elder Holland:

“. . .sexual union is also, in its own profound way, a very real sacrament of the highest order, a union not only of a man and a woman but very much the union of that man and woman with God. Indeed, if our definition of sacrament is that act of claiming and sharing and exercising God’s own inestimable power, then I know of virtually no other divine privilege so routinely given to us all–women or men, ordained or unordained, Latter-day Saint or non-Latter-day Saint–than the miraculous and majestic power of transmitting life, the unspeakable, unfathomable, unbroken power of procreation. . . I know of nothing so earth-shatteringly powerful and yet so universally and unstintingly given to us as the God-given power available in every one of us from our early teen years on to create a human body, that wonder of all wonders, a genetically and spiritually unique being never seen before in the history of the world and never to be duplicated again in all the ages of eternity–a child, your child–with eyes and ears and fingers and toes and a future of unspeakable grandeur.”

It cannot be said better. Sexual intimacy is the vehicle to create life, and as such, is one of the most sacred things we do on earth. Whether or not we actually create life with it, we still tap into that power, and doing so under any other circumstances than those for which it was ordained is a form of mocking the privilege God has given us. Would we run laughing into a sacrament service, overthrow the table, spill the bread and water on the floor and then run out? Of course not. So viewing the body as sacred, and sexual intimacy as a sacred act, why would you ever knowingly mess with that?

Just to conclude, I hope this helps to make a little more clear why Mormonism seems to be so strict when it comes to sexual intimacy. It boils down to a respect for sacred things. I also understand that the law of chastity sounds completely out of place right now in the world. But it doesn’t matter; it’s true. And that is why I follow it.