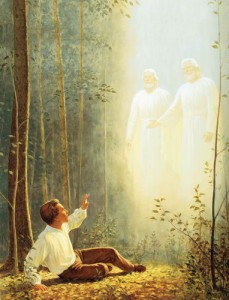 Joseph Smith is a very divisive figure in American religion–to found a church is one thing, but to have God and Jesus Christ appear to you is quite another.  Joseph Smith has been maligned time and time again, but his story, his life, and the events surrounding God calling him to be a prophet are not absurd, rather it is all congruent with how God has called a prophet and spoken to his children in all ages of the world.

The crux of any claim or statement that attempts to malign or discredit a Mormon’s belief, or The Church of Jesus Christ of Latter-Day Saints in general, originates in the validity of Joseph Smith’s testimony of The Father and The Son coming to visit him (Please see Joseph Smith History 1:13-20).  Either They did in fact visit him, or They didn’t.   It is not my wish to convince you that Joseph Smith was God’s prophet, rather it is my hope that you will see that Joseph Smith meets the qualifications of a prophet as found in the Bible.  I urge you to ponder these points as you read them, and please do so with an open mind and heart.

I wish to emphasize that it cannot be proven empirically by me or any other human being that Joseph Smith was a prophet of God.  There will always be those who want this type of proof, but God does not work this way.  He teaches his children truth when they are willing to hear it and when they are willing to believe, and act accordingly.  God does not confirm his words through complex philosophical methods, rather through the undeniable feelings of the Holy Ghost, a burning in the heart so to speak.  In this way, I know that Joseph Smith is a prophet of God.  I cannot deny those feelings–I know it and I know that God knows I know.  You, too, are free to embrace the restored Gospel of Jesus Christ and you are free to accept Joseph Smith as one of God’s prophets.  This will take belief and action, pondering and sincere prayer, but the answers will come.  Please feel free to contact me through the question box by leaving your e-mail address, or by contacting the missionaries of our church through the link on the side bar of our website. 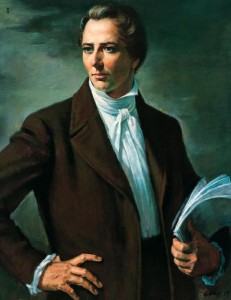