Is Jesus the only son of God?

Question:  How many divine writings are there for Mormons? Which are the most authoritative? Do the Scriptures for Mormons evolve or are they set never to change?

True to the Faith, a book published by the Church, defines Scriptures as follows: 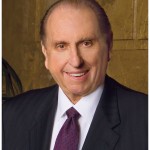 In addition to the four standard works above, we listen to the words of living prophets and apostles every six months in a general conference of the Church.  They give us the counsel and words of Christ we need for the specific problems we are facing today – for example there just wasn’t the internet or video games or a TV to deal with when the Bible and Book of Mormon were written.  We consider this modern counsel to be scripture as well.

We are told that our purpose in life and our Heavenly Father’s  “work and glory is to bring to pass the immortality and eternal life of man” (Moses 1:39).  We gain eternal life by exercising faith in Christ, repenting of our sins to become like Christ, and by making covenants (two-way promises between us and God) through ordinances such as baptism.  These principles taught to us in the scriptures have always existed and will never change.

On the other hand, specific commandments can be revoked.  Two well-known examples include:  1) After Abraham demonstrated his willingness to sacrifice Isaac, the command was revoked and a ram was used instead,  2) After Christ came, the law of Moses was fulfilled and the sacrament was introduced instead to remind us of the atonement.  If a commandment for the Church needs to be revoked or changed or even added today, it will be presented in general conference – most likely by the prophet President Monson.

The standard works (Bible, Book of Mormon, Doctrine and Covenants, and Pearl of Great Price) and the words of modern apostles and prophets all complement and support each other as the Lord’s scripture.  As far as what we consider to be the most “authoritative”, that question would only be an issue as far as specific commandments are given (like what I talked about above).  Then the Lord’s most recent word would be what we would follow.  For instance, after Christ fulfilled and did away with the law of Moses, we don’t follow that law of Moses in the Old Testament anymore.  However, we still read and study the Old Testament as scripture for the eternal laws and principles taught there that teach us how to be like Christ – like the ten commandments.  If President Monson were to give us a new specific commandment, we would consider it to now be the Lord’s will on the matter.