When I was a kid I used to think that everyone was just like me and that for the most part their lives were like mine–they had a warm, safe place to sleep, more than enough to eat, and that they felt safe and knew that their mom and dad loved them.  When I got to be a teenager, I realized that that wasn’t always the case, but I erroneously thought that it was their own fault if they weren’t happy, or if they had “problems”.  In the last few years, but in particular the last few months, I have seen and heard a lot of sad stories, heart wrenching really, that have truly changed my perspective  .

I see a lot of people who have been shot, stabbed, hit by a car on their bike, run over while waiting at the bus stop,  and in one case, a drunk woman hit a van with a woman and three or four kids, killing them all and yet she lived with a broken ankle.  Meanwhile there was a husband and child, who were lucky enough to not be in the van, whose lives were changed forever that night.

We are all quick to point our fingers at the drunk lady and say, “how could she do that– drink and drive.  She should be the one who is dead.”  But, I would almost guarantee that if you were to ask this woman about her life she would have a heart-wrenching story of her own to tell, which would probably turn your stomach in knots.  I would almost bet that her life was so bad that the only way that she could deal with it was to drink until it didn’t hurt anymore. 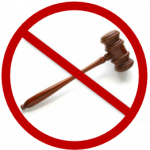 We all do it; we all judge each other.  Christ taught, “judge not, that ye be not judged” (St. Matthew 7:1)  He was speaking with a some experience, remember He was Mary’s son, who was pregnant before she and Joseph were  married.  I am sure the young couple was the talk of Nazareth for a while.

I have thought about those seven words a lot and the more I hear these sad stories and see the scars, either emotional or physical, that people carry, the more I realize that I have no room to think, “well, if you would just . . . then you wouldn’t be like this.”  If I had to go through what some people have, maybe I would drink myself to death too.  Or how can you not be violent to others, when all you have experienced was violence from those who you are supposed to trust?

I am not advocating that people should not be punished for their actions, or that sin as defined by God’s laws is excusable, but what I am saying is that we should all have a little more compassion.  We can hate the sin, but still love the sinner (as a contributor to this website put it). We should all view people as who they really are–sons and daughters of an Eternal Father in Heaven, who have divine and unlimited potential.  So when that guy flies by you on your way home tonight and then proceeds to slam on his brakes and cut you off to get in the turn lane, take a deep breath and say, “I bet he is on the way to the hospital to see his wife who is taking her last breaths.”